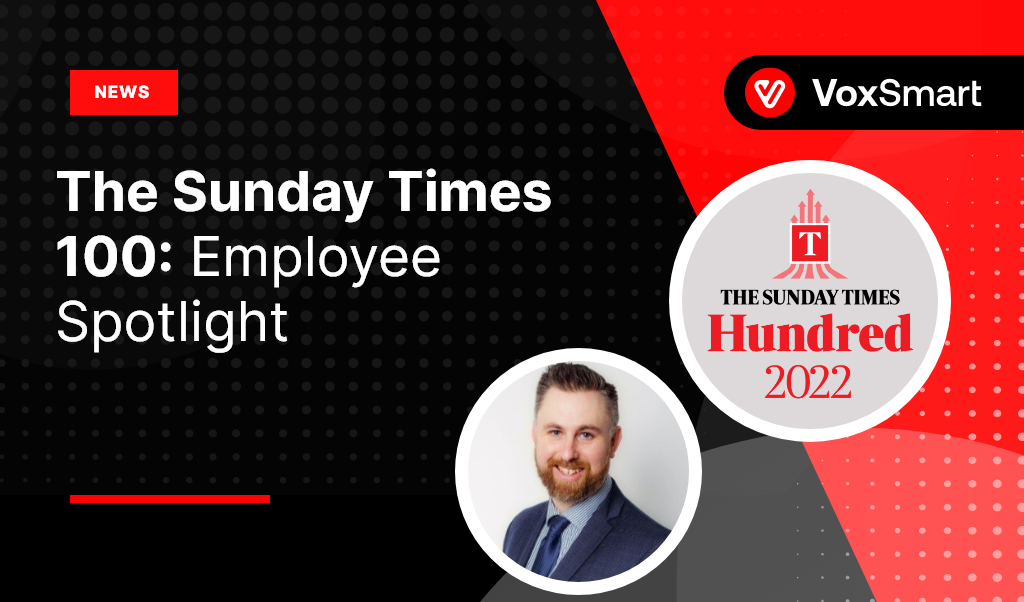 When it comes to start-up how many employees can say they’ve been there from the start? One such employee that can claim such a feat is Stuart Park our Global Product Director who joined VoxSmart at the very grass roots and has since helped build and shape The Sunday Times 100 company we see today!

Although pinning him down for a 30 min non-product related call is near mission impossible, we somehow managed to achieve it and what came for this call highlights the journey which VoxSmart has been on over the last 11 years.

Check it out for yourself below!

When did you join VoxSmart and what was those initial few years like?

I joined the in September of 2011, just before the big bang of November 2011 where the FSA (now FCA) introduced new regulations for mobile recording. This came off the back of the financial crash of 2008.

There were two owners, two full-time employees (me being the second of those) and one contractor. We didn’t have a permanent office but what we did have was a small room in a stately home in Colchester that also functioned as a shared space. However, by 2012 met in small room in The Royal Association of Chartered Accountants on Moorgate, which I believe was a favour asked by our then CEO. In 2013 we moved into London to the 12th Floor in 30 Crown Place behind Liverpool Street station and had an office which could house 8 people maximum.

From where we are now, with 6 global offices seems like worlds away from that small room in Colchester but here we are 11 years later!

How has the company changed over the years?

There’s been so many changes over the years but let me try to condense it!

Firstly, going from 2 employees to over 160 employees are we currently stand in 11 short years in the grander scale of things has been quite the feat but it’s great to see new talent come through the doors!

I would say perhaps the first big milestone was acquiring and onboarding out first big customers directly with thousands of end users in leading financial institutions which got the ball rolling for a lot of change to come. Shortly after we moved our offices into London, and it started to feel more established.

2014 saw Oliver Blower join the fray and this rejuvenated the direction and vision of VoxSmart. With him having a strong financial services background it brought VoxSmart on a journey – he has spoken himself of the inefficiency of trading floors regarding mobile phone usage so the momentum this brought really scaled the business and push the vision forward.

2015 also marked the year we launched VSmart™ and secured our first tier one bank after many long nights, 1am Domino pizza runs and a quick dash to New York where we were commended for our sheer passion for the product and resilience which bread the company culture which we see today.

A few more years down the line, and a few more office moves, with the introduction of more and more talent to the team we have grown quite organically with the acquisition of Fonetic and then more recently GreenKey Technologies and our global expansion in several key financial hubs. All the while maintaining VoxSmart company culture which Group COO, Adrienne Muir and the team have worked on from the start.

What has been a personal highlight for you in your career with VoxSmart?

I guess what fills me with pride when I look back on those 11 years is the way in which we have remained true to our 5 pillars over the years– Resilience, Respect, Responsibility, Passion and Collaboration. Even at times when these values weren´t on paper in the early days they have always from part of what we do and where we want to go. For a small team to acquire a tier one bank up against a much bigger organisation at the time, the sheer amount of collaboration that went into that deal was immense!

Another highlight which springs to mind is the injection of investment – initially from DeepBridge Capital and then more recently the Toscafund investment of $25 million. These added the fuel to the rocket which we see today!

What was the most challenging thing you encountered in your years with VoxSmart?

For any company the start-up to scale-up process is challenging – during this period of growth you must wear many different hats which isn´t always easy. Before the investment and the new talent which has since joined our team, we had to work with what we had and make that be enough was the challenge.

Growing from 10 to 160 in a short amount of time how has the company adapted to these changes?

There’s also great transparency throughout the company from the C-Suite down, we all know what’s going on and what’s happening within the company. Culture really is king – finding the right people to align to that culture is not easy.

If you could advice to anyone starting out in the company what would that be?

Embrace the culture. Ask for help. Offer ideas and feedback from the get-go. It’s very Steve Jobs and cliché but we hire genuine people to tell us what to do, because otherwise what’s the point of bringing people in?! Embody the five pillars!

What do you envision the next few years has instore for VoxSmart?

From my part of the business, mobile capture, I’m looking forward to seeing what we are going to be able to achieve in relation to releasing powerful insights through embedded datasets held within recorded channels such as Voice and Instant Messaging to help business to continue to make better business decisions. It’s exciting to see the integration of our product portfolio, Comms Surveillance, Automatic Trade Reconstruction and Natural Language Processing to be able to deliver one vendor ecosystem to service our global customers.

Stuart embodies VoxSmart’s company culture and forms an integral part of VoxSmart’s core foundation. From day 1 to The Sunday Times 100 he has seen it all and continues with the same passion and commitment to ensure VoxSmart’s continued success.

If you are interested in joining the VoxSmart team, then check out our current available positions here!